Our first son was a rock star sleeper from about week 4 and he was sleeping through the night by week 7. I know, I know, we were SO lucky. Unfortunately, the 4-month sleep regression spares no one and we were hunting for anything to give us our 8+ hours of uninterrupted sleep back. Enter the Magic Sleepsuit, a gift from God to sleep-deprived parents everywhere. It truly worked wonders for us. Then, when we had our second son who was less gifted in the sleep department, we pulled it out again and were just as wonderfully blessed with a full night’s sleep. This is my Baby Merlin’s Magic Sleepsuit reviews and how it worked for both our little guys (plus my friends’ kiddos as well!) 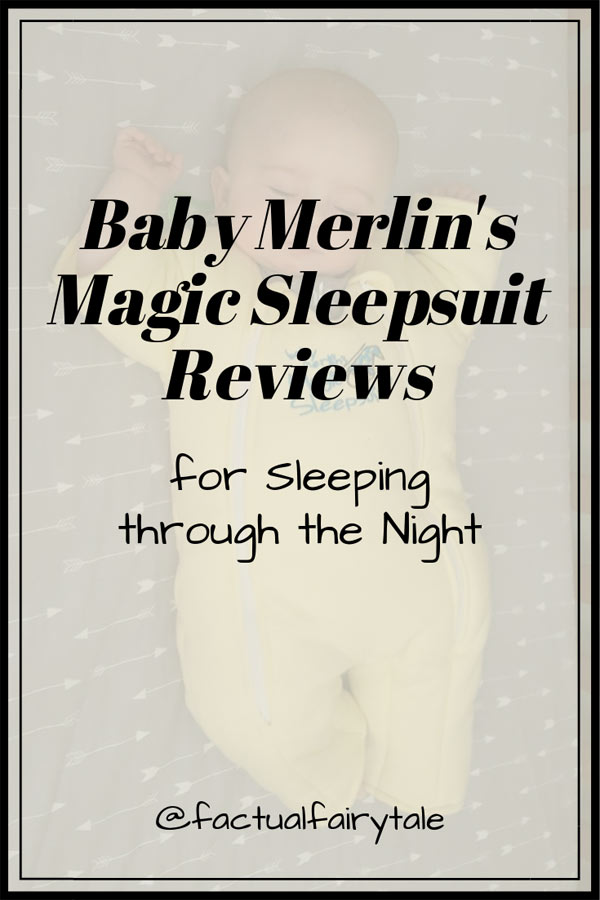 Baby Merlin’s Magic Sleepsuit Reviews: for Sleeping through the Night

We were truly lucky with our first son. He was an amazing sleeper and still is to this day. When the 4-month sleep regression hit him at about 3 1/2 months old, we were thrown for a loop. He started waking up anywhere from 1 to 3 times a night. I know that’s not terrible for an infant but it was a big change when you’re used to getting a solid 8+ hours of sleep a night.

I started researching the 4-month sleep regression and how to handle it. The big takeaways were modifying the sleep schedule and changing the bedtime routine. I also found a ton of people suggesting the Baby Merlin Sleepsuit. They were saying it was this miracle product that would make any baby sleep longer stretches. I was immediately skeptical and had so many questions. Mainly, does the Baby Merlin’s Magic Sleepsuit work, and is the Baby Merlin’s Magic Sleepsuit too hot? After 4 nights of bad sleep, I decided I didn’t care if it turned out to be crap; I was going to try it!

I also asked a couple of my friends for their Baby Merlin’s Magic Sleepsuit reviews and they both said it worked and their little ones weren’t warmer than usual in it. So, I bit the bullet and ordered the magic sleepsuit. 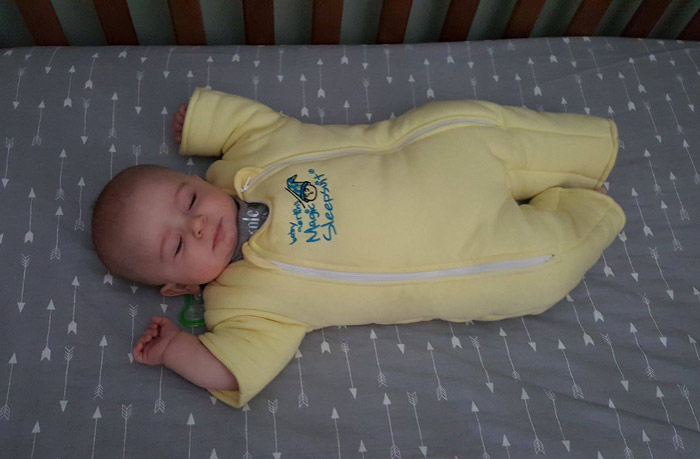 Order Your Sleepsuit on Amazon >>

With our first son, at 3 1/2 months, in addition to changing his routine and moving to the magic sleepsuit we decided it was a good time to move him to his crib in his own room. I mean why not just throw that into the mix as well (hah!). So this was the test of all tests for the Baby Merlin’s Magic Sleepsuit.

He gets a solid 10 hours of sleep each night in the Baby Merlin’s Magic Sleepsuit. It was worth every penny and I highly recommend trying it. 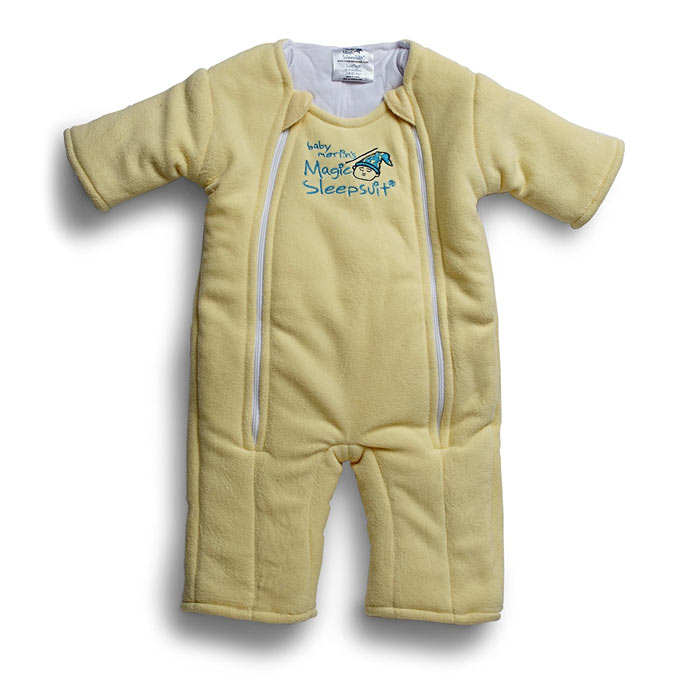 Magic Sleepsuit for Getting Infant to Sleep through the Night

When our second son was born, we were preparing for the worst. Since our first son was such a good sleeper we figured there was no way we would get so lucky twice. We were right. At 4 weeks he was waking up every 2-3 hours and by 10 weeks he was sleeping 5-6 hour stretches. Still good for a newborn but he wasn’t sleeping through the night like our first.

My husband mentioned trying the sleepsuit and honestly, I had completely forgotten we had it since it had been stored in the back of a closed for 2 years. At a little over 2 months old he weighed 13lbs and was within the rage for the size small Baby Merlin Sleepsuit so we gave it a try.

At around 3.5 months old we hit a bump for a couple of days which I am assuming was due to his sleep schedule (hello 4-month sleep regression). We moved up his bedtime and he went right back to about 10+ hours a night. He’s almost 4 months old and still sleeping like a champ.

I also have a friend who has been using the sleepsuit with her newborns and it has been working wonders for them as well! So, this is basically 4 Baby Merlin’s Magic Sleepsuit reviews in one place 😉

We’re also using the Baby Merlin Sleepsuit for transitioning at nap times. I’m a WAHM (work at home mom) and my husband also works from home 2-3 days a week. I’m not sure how it happened but the babe got in the habit of taking naps in his swing. Oops. To help with the bedtime transition to the crib we started putting him down for naps in the crib. This wasn’t going well until we put him in the Magic Sleepsuit. The coziness of the sleepsuit helped mimic the cradling effect of the swing and made the nap transition and the bedtime transition so much easier! He still takes long naps, typically 2 or 3 per day ranging from 1-3 hours 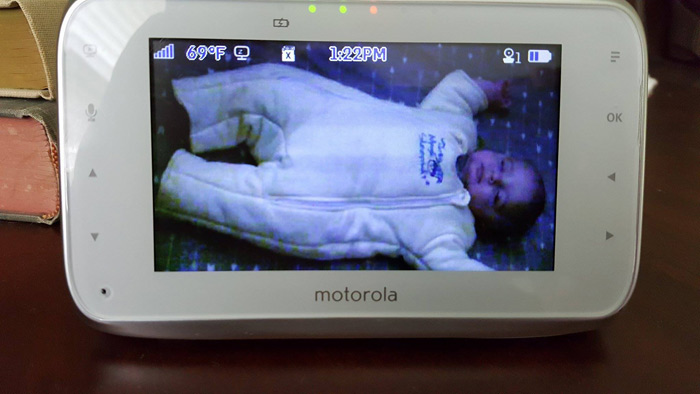 Is the Baby Merlin Magic Sleepsuit too hot?

I was nervous about using the sleepsuit since it’s so thick and it seems like they would get hot. We keep our house around 68-72 year-round. As long as we keep the room temp consistent with either A/C or heat they stay perfectly comfortable in the sleepsuit. When it’s cooler we put them in a onesie in the sleepsuit, if it’s warmer we do just a diaper in the sleepsuit. It’s also important to leave their head, hands, and feet free of clothes so they can regulate their body temperature.

If you let it get cooler you’ll just want to dress them a little warmer. If you let it get hotter you’ll want to use only a diaper under the sleepsuit. I probably wouldn’t recommend the magic sleepsuit if you’re letting their room get warmer than 74-75 degrees (The AAP recommends temps set at 68-72 degrees). It’s a good idea to test it at nap time and feel the baby’s chest to see if they are warm or cold. Adjust their room temp or clothing as necessary.

So, is the Baby Merlin Magic Sleepsuit too hot? No, as long as you keep the room temp cool and adjust their clothing as needed. 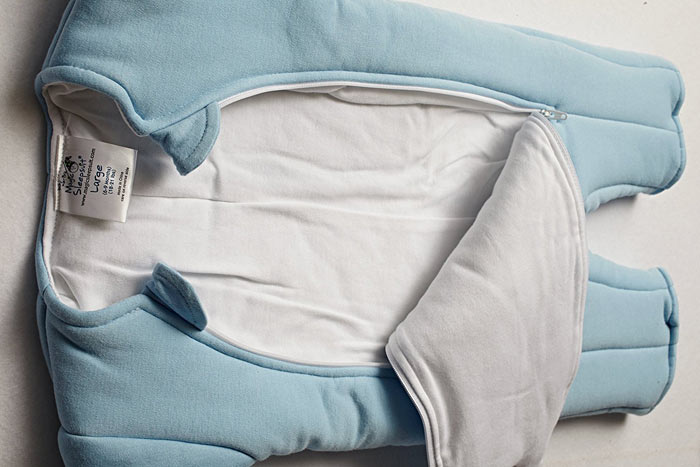 In short, yes! These Baby Merlin’s Magic Sleepsuit reviews are proof it works! Everyone I know who has used it loves it. We have one of each size and it’s great for when blowouts happen. Having 2 allows you to was one and use one, but if 2 isn’t in the budget, don’t let that stop you from ordering 1. I’m telling you, it will change your sleep-deprived life for the better!

Order Your Sleepsuit on Amazon >>

Have you tried it? Share your Baby Merlin’s Magic Sleepsuit reviews in the comments below!

Until next time, happy sleeping! 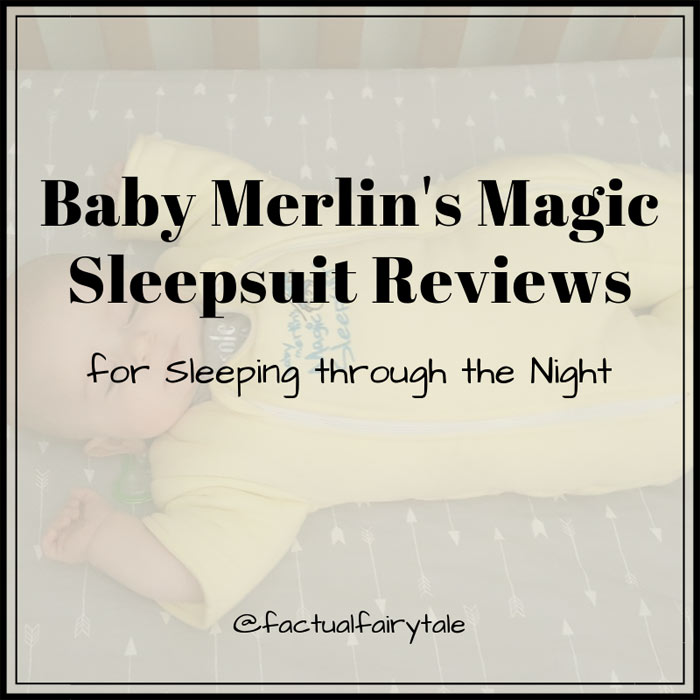 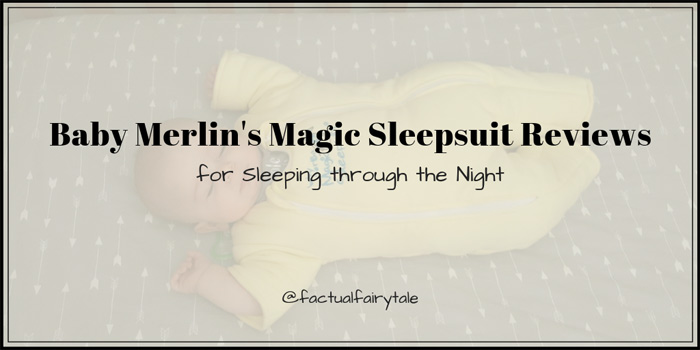 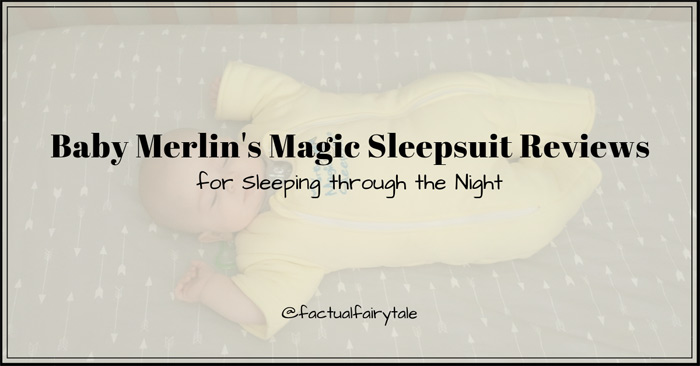