Having a full bust in the Victoria Secret era of the last 10 years, I had basically given up on ever wearing spaghetti straps or a strapless top. I love VS like the next woman but they don’t cater to a large cup size and that means you must have bra straps. Well, then pregnancy and nursing breasts happened and what I thought were large bras went out the window! I was a 34i when my milk came in. A 34i!! Needless to say, I was shopping other places and brands for bras that fit well. Now that I’m through that stage and back to my normal 30G / 32DDD I have a new outlook on bras and fashion. There HAS to be a comfortable strapless bra for large breasts out there somewhere. And there is. These are my top picks for the best supportive strapless bra for a big bust. 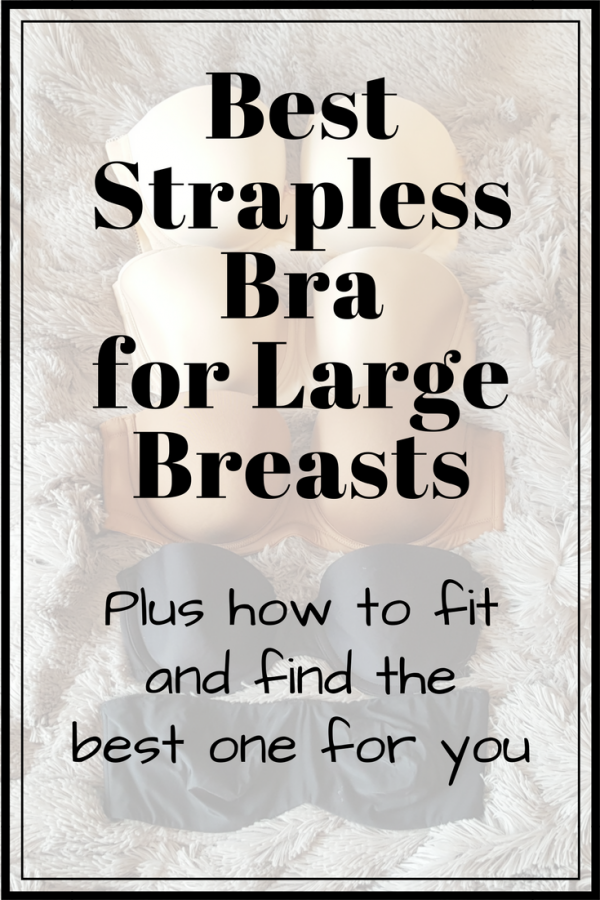 Prior to my search for a comfortable strapless bra for large breasts, I owned 3 different styles of strapless bras. Once was your basic VS bra with removable straps, the second was a super stretchy unlined bandeau-style bra with grip strips on the top and bottom. The third was the stick-on, paper-like, lift strips (or whatever, they’re called. I couldn’t find them for sale online so I don’t know if they even still make them).

The basic strapless bra was constantly falling down so I was constantly pulling it up. The bandeau strapless stayed in place because of the grip strips on the top and bottom, but the fabric was too thin and too stretchy so it offered no support. The stick-on paper strips were uncomfortable and difficult to put on properly. They also looked strange under tighter fitting clothes and offered no coverage at all.

Buying the Right Size for the Best Supportive Strapless Bra

It’s also fair to say I was probably buying the wrong size bra back when I bought each of those. Here’s how you can tell if you’re wearing the correct size bra.

Put your bra using the loosest hooks (this extends the life of your bra because you can tighten it as the bra stretches out) and adjust so everything is in and fitting as best as possible.

Fitting for the Best Supportive Strapless Bra for Large Breasts

Here’s a great video on how to find a properly fitting bra from Curvy Kate.

Correct fit is important in all bras but it is especially important when finding the best supportive strapless bra for large breasts. You don’t have straps to fall back on and you don’t want to be yanking on it all day. You might be able to get by with a band that’s too large in a regular bra, but you won’t find a supportive strapless bra for large breasts without getting the correct size.

Now that you know how to judge the fit of a bra, do you need to go up or down in the band and cup?

I was wearing a 34DDD when I did my fitting. It was too big in the band and a little too large in the cup. I also had a 32DDD available to try on. It fit better in the band but still not perfect and better in the cup. I decided to order a 30G, 32DDD, and 32G to compare sizing and help find the most comfortable strapless bra for large breasts. 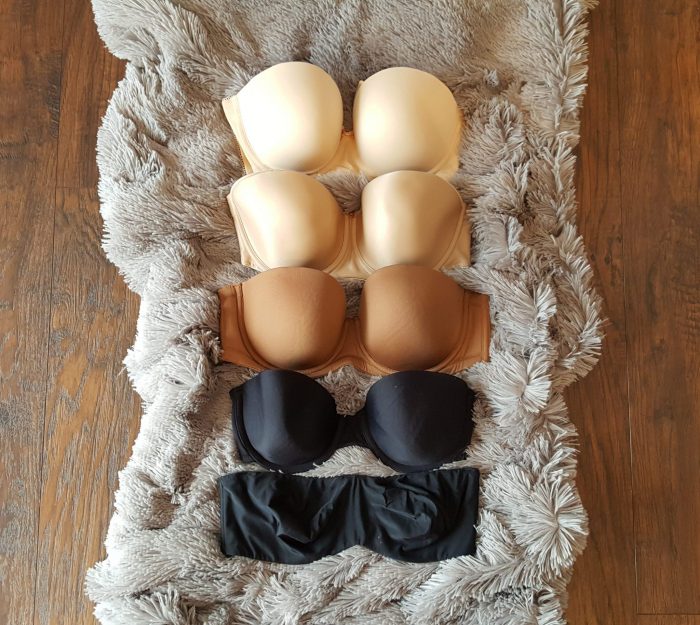 Choosing the Correct Size Strapless Bra for a Big Bust

I started my search with this super popular Red Carpet Wacoal Strapless Bra. I had heard great things about it so I ordered it in 3 sizes to determine which size fit the best.

**Factual Tip: Keep a bra extender on hand. That way you can buy all your bras to fit on the largest hook and still extend them a bit if you decide they are a little too tight. Too tight is much easier to fix than too loose. Bras will also stretch with wearing and washing so you want to be able to make the band tighter. 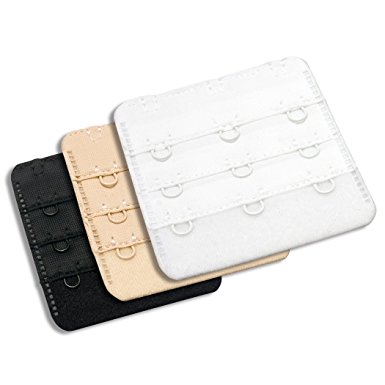 I tried on all 3 sizes with the same fitted shirt and a spaghetti strap dress. This gave me an idea of how the cups looked under something close fitting and how much the sides stuck out in the dress with less coverage on the neckline and armholes. I narrowed it down to either the 30G or the 32DDD and decided the best way to really decide was to wear it around the house under a t-shirt for a short time while moving and going about my normal business. You can’t really get a great idea of comfort and fit if you’re not moving, reaching, bending, etc.

I’ll admit, after wearing loose bras and sleep bras through pregnancy and breastfeeding, it was odd wearing a tight fitting bra. It was a bit uncomfortable at first but I actually ended up preferring the tighter band over the looser. The 30G just seemed to fit better all around and I was happy with how it looked under a variety of clothes.

I decided the best way to really find the best strapless bra for a big bust was to try a few brands and styles rather than just going with the very popular Red Carpet Wacoal Strapless Bra.

I ordered the Fantasie Smoothing Moulded Strapless Bra in a 30F which is the UK equivalent to the US 30G. It has a silicone gripper strip along the top edge to help keep it in place and lay flat. The band fit as expected but the cups were VERY moulded and too large. They gapped quite a bit in the top of the cup and were too structured to look natural. If you want to give this one a shot (because it is a bit cheaper than the others) I would size down at least 1 size in the cup size. 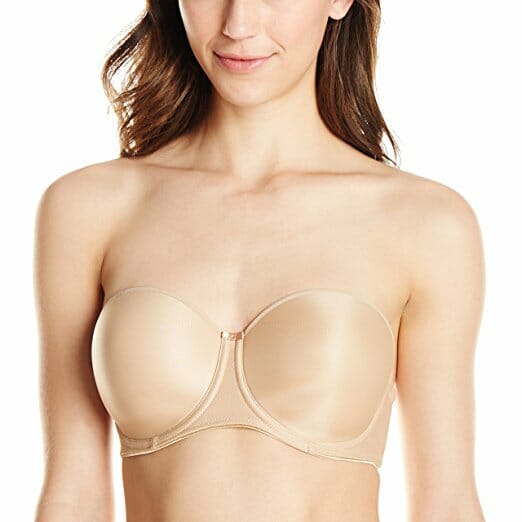 I also ordered the Freya Deco UW Moulded Strapless Bra in a 30F, the UK equivalent to the US 30G. This bra did not have a silicone grip strip along the top edge which I thought was a bad sign. It seemed like that was standard on most strapless bras for large breasts. It turns out, I didn’t really miss it. The band fit well and the cups fit perfectly. I wore it around the house and under various clothing items and it fit great and stayed in place. It’s doesn’t show on the sides in a standard armhole which is great since it is a lighter nude than my skin tone. 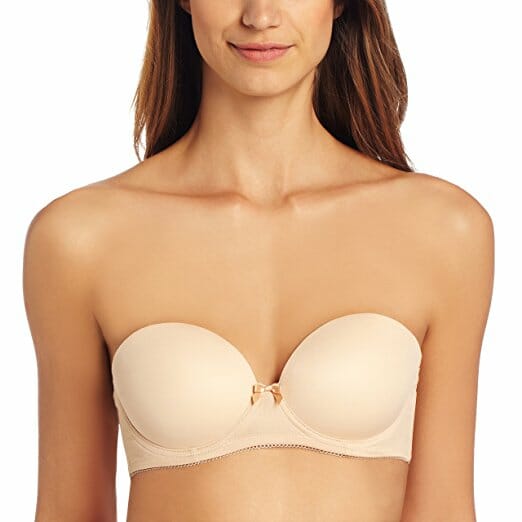 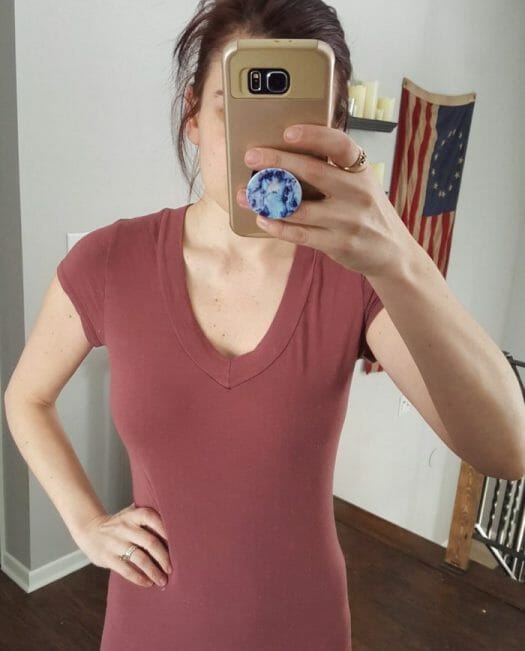 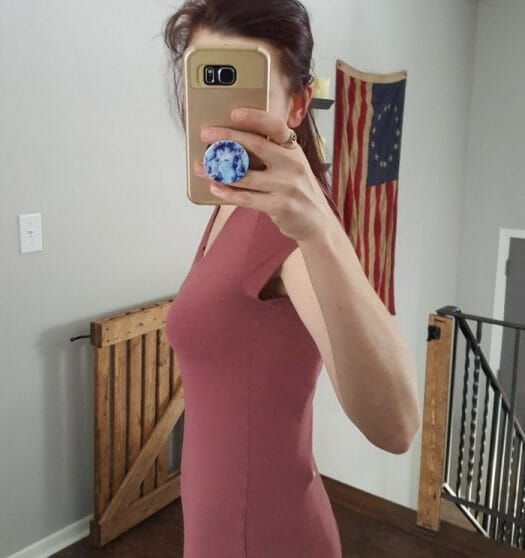 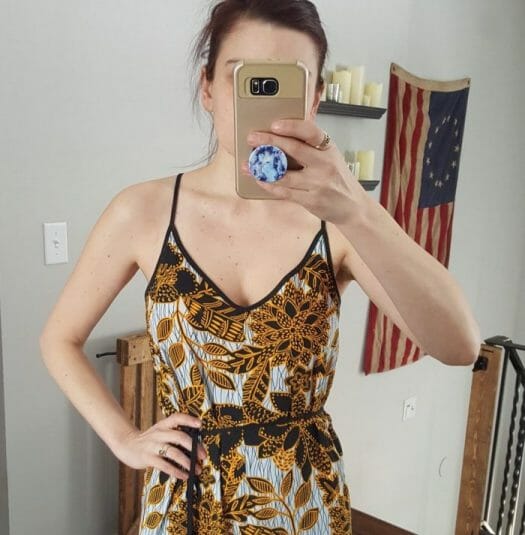 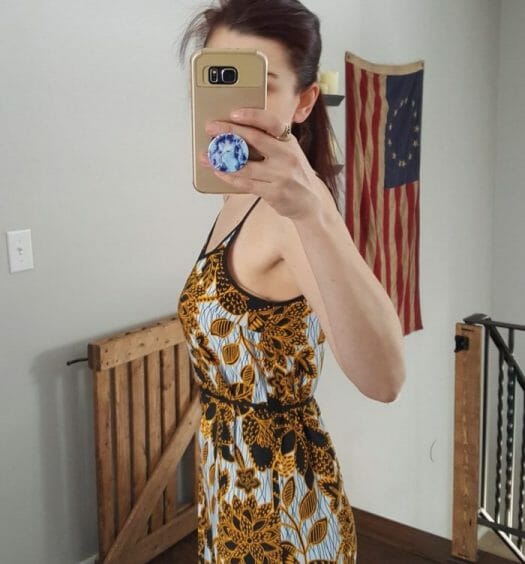 The Red Carpet Wacoal Strapless Bra I reviewed for size and fit above. As I mentioned, I liked the fit and it stayed in place very well. I also like the pecan color because it’s a darker nude which makes it less noticeable if it peeks out of your armhole (which it did more so than they Freya). Once I had the Freya Deco Strapless Bra to compare it to, I noticed the Red Carpet Wacoal Strapless Bra seemed to flatten my bust. I didn’t really notice it until I had another strapless bra to compare it to. This would be a great minimizing strapless bra for a big bust. 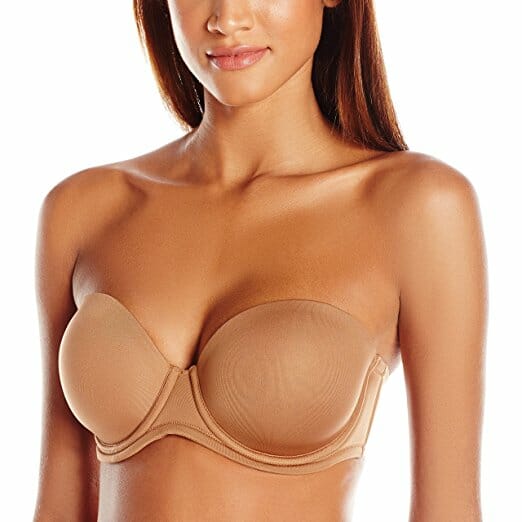 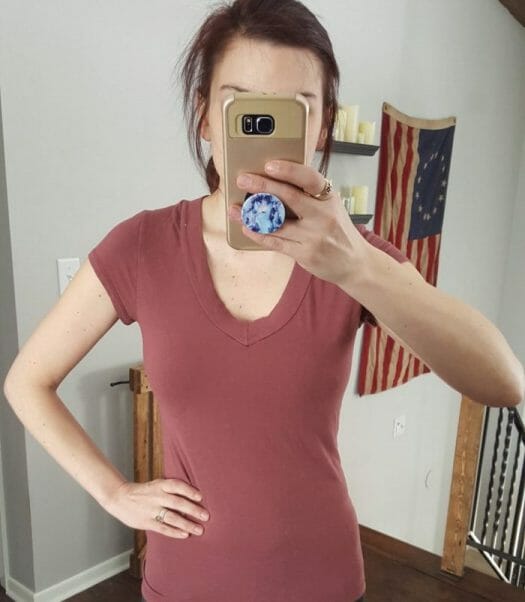 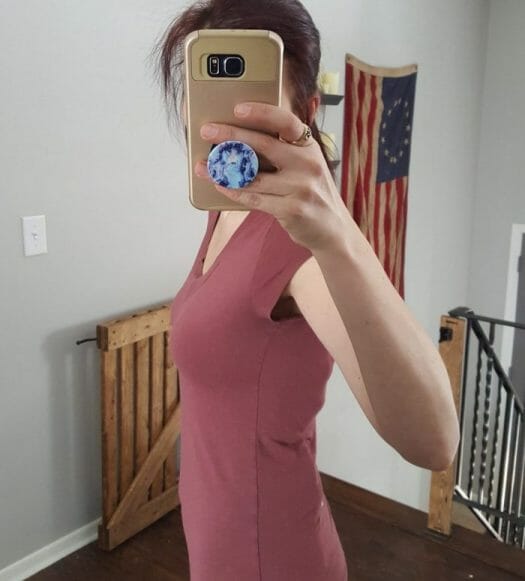 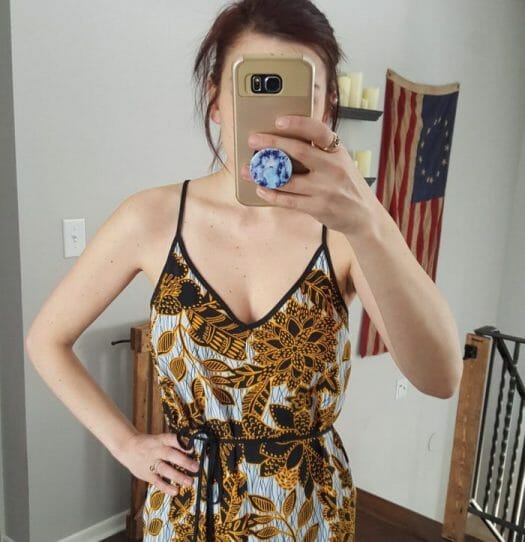 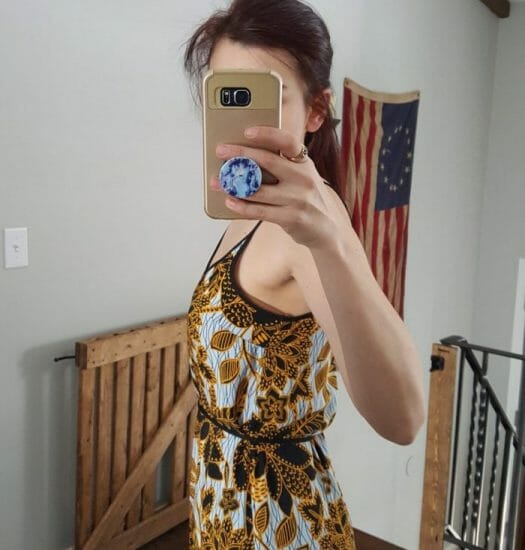 I also liked the Red Carpet Wacoal Strapless Bra for a big bust but the flattening wasn’t the best look for me. It would have been another great option, especially if you want to give a couple strapless bra options a try.

What’s your favorite strapless bra for a big bust?