I know there are a million birth stories out there and everyone’s is different. Mine is unique because I have a Bicornuate Uterus which means rather than being shaped like an upside-down triangle, it’s shaped like a heart. There are several known possible side effects of having a bicornuate uterus, most of which happen during pregnancy (and sometimes never at all). I had some unexpected side effects that were very traumatic and difficult to deal with and caused us a lot of stress. At the time I really struggled with sharing my bicornuate uterus pregnancy complications with people. Because of that, I wound up feeling judged by other moms. I’m sharing my story to help my fellow bicornuate uterus mommas be prepared, but also to remind others that you never know the struggle someone is going through. Be kind to one another. 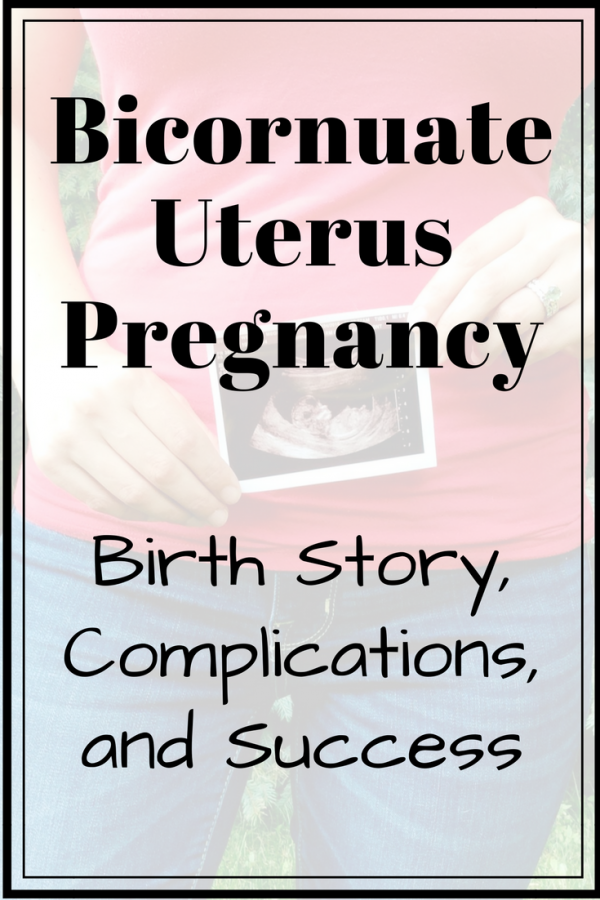 As I said, most women have no bicornuate uterus symptoms until they become pregnant and even then, some women are lucky and have none. Many go undiagnosed completely.

Bicornuate Uterus and Miscarriage: My Diagnosis

I discovered my bicornuate uterus defect when our first pregnancy ended at 13 weeks with a natural miscarriage. I had had spotting at 6 weeks and called my doctor. She was out but the on-call doctor said there was nothing they could do if it was a miscarriage so just wait it out. The spotting stopped and was minimal so I thought nothing of it after that. I went in at 12 weeks for a routine first appointment and she couldn’t find a heartbeat but said that was common early on. She had me schedule my first ultrasound, which was off-site, for the following week. A few days later the bleeding started. It was heavy, confusing, and terrifying. I had an emergency ultrasound that day and they confirmed the embryo stopped growing at 6 weeks and the sack at 8 weeks.

It was a heartbreaking day for us that ended up filled with more questions than anything. The doctor we saw assured us that the miscarriage was likely not due to my bicornuate uterus because they have not been proven to cause miscarriage. She gave us more information on bicornuate uteruses and miscarriage and suggested I see my OBGYN for an ultrasound in a couple months after it had healed. The best time to have your uterus examined is after your period has just finished so we had some time to process the information and decide what to do. Ultimately, we decided not to have another ultrasound done because the information would not change the fact that we would continue trying to have a baby.

Factual Tip 1: If your doctor blows off your concerns. Find a new doctor.

A few tough months went by and we finally decided to start trying again. Lucky for us it wasn’t long before we have a positive pregnancy test in front of us and an amazing new doctor. It was exciting and terrifying at the same time. I went through the first several weeks like so many expecting mothers’ do, nauseous. 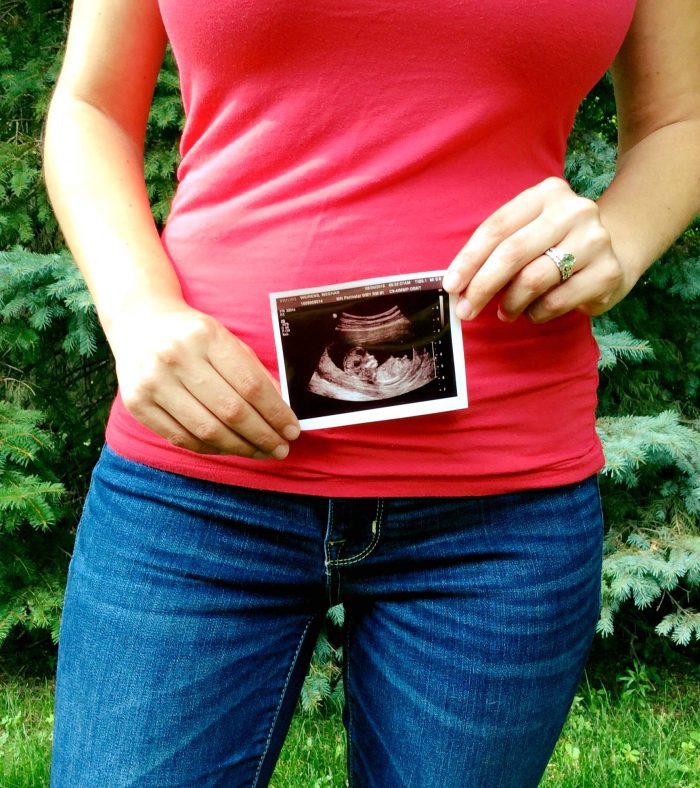 Everything was mostly fine until one day when I was out to lunch with my team at work. We had just arrived and I went to the bathroom and was horrified to find a large blood clot and far too much blood in the toilet. It was early on in the pregnancy and I hadn’t told anyone yet so I went back to the table and tried to eat a few bites of my lunch and basically not have a mental breakdown.

As soon as we got back to the office I excused myself, called my husband and OBGYN, and had an emergency ultrasound (they were so much more concerned than my previous doctor’s office). We all expected the worst and were shocked and overjoyed when we heard that little heartbeat going strong.

The on-call OB explained it was a “threatened miscarriage” and said we were not out of the woods but everything looked good for the moment. He also said it was possible my bicornuate uterus was the cause. A heart-shaped uterus has a left and right “horn.” He said the pregnancy was in the left horn and it was possible the right horn was still functioning as if I were not pregnant. It was going through my menstrual cycle like normal. It was a roller coaster of emotions that day and in the days to follow. We didn’t know how this was going to end but we were so happy to still hear that little tiny heartbeat.

This happened 2 more times over the next few weeks.

After your first pregnancy ends in miscarriage,  three threatened miscarriages early in your second pregnancy is enough to make you permanently terrified to go to the bathroom.

I was labeled a high-risk pregnancy and had numerous ultrasounds throughout the 9 months. Thankfully, after the first trimester, the spontaneous bleeding and clotting stopped and I had a fairly normal pregnancy.

Factual Tip 2: Get a fetal doppler. If you’re concerned, go in and get check out. If your doctor is a jerk about it, see tip 1.

This is the fetal doppler I have and I used this gel. I used it maybe once a week at the most. It was a great piece of mind and worth every. single. penny.

Two of the main bicornuate uterus complications are breech positioning and preterm birth. We had planned at the very beginning to not make it to 39 weeks and to probably need a c-section.

Well, he flipped and flopped at every ultrasound appointment so there was no guessing how he would end up. At around 36 weeks he was head down and wound up staying that way for the rest of the pregnancy!

My doctor was estimating I would go into labor at 37-38 weeks because that was average for a bicornuate uterus pregnancy. I went into labor at 40 weeks and 2 days. Yay for a full term, head down baby!

Factual Tip 3: If you have a bicornuate uterus pregnancy, be educated, be prepared, and be flexible. Everyone’s pregnancy is different.

My Labor and Birth Story

We did have some scary complications during labor. Our son’s breathing was irregular during contractions so they stopped my contractions to get a better idea of what was going on. Once they started up again it was clear he was still having some issues. Once I started pushing, between every contraction I would have to roll onto my side to get his breathing back up. Finally, it got to a point where he needed to come out now so they used a vacuum and if he wasn’t out in 3 pushes I would have had to have an emergency c-section. 3 pushes later he was out, blue, and not breathing. It turned out the cord was wrapped around his neck and the contractions were probably causing it to tighten.

By the grace of God and the amazing hospital staff working on him tirelessly, he started breathing. We now have a sweet, amazing little boy and a lot more grey hair.

Thankfully, none of those are proven bicornuate uterus complications and should not be expected for future pregnancies.

Factual Tip 4: Pick a good hospital and pray like crazy. 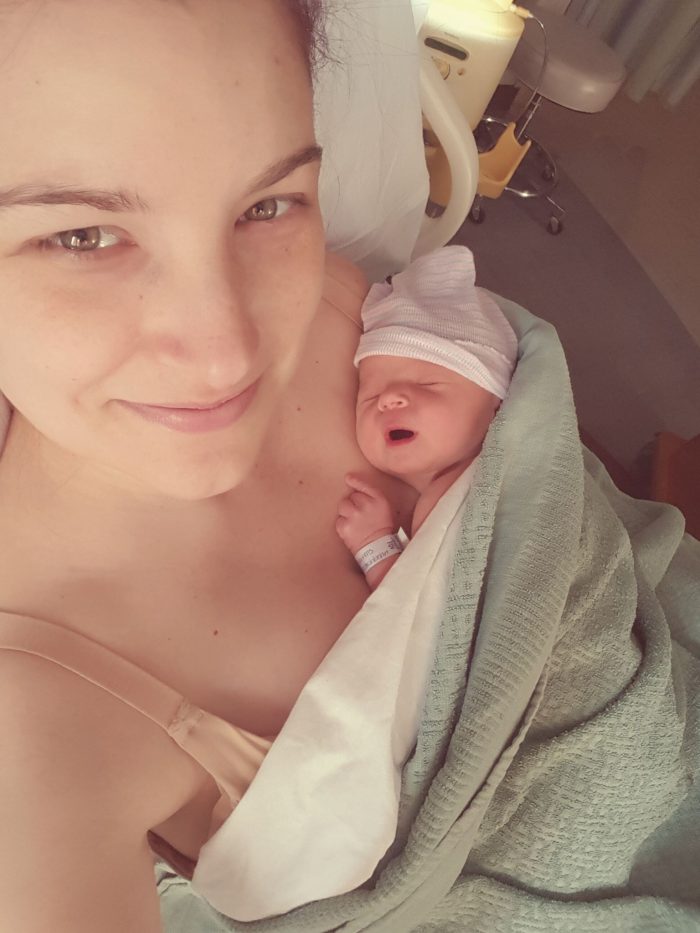 Looking back, one of the surprisingly difficult parts of having bicornuate uterus complications was when other moms would ask how things were going. I would always say something like “ugh, it’s rough” trying to blow off a bad situation. Then, they would say “oh are you throwing up?!” and I would say “no, thank goodness” and they would give me the look like I was ridiculous for thinking I had it rough if I wasn’t throwing up.

I know part of this is my fault for not giving details, but at the time it was a very difficult and emotional thing to discuss, especially with people I’m not close with.

The sactimommy judgment happened too many times to count which is just unfortunate. Everyone is going through something they might not want to talk about. Just give them the benefit of the doubt and support them as best you can.

It’s safe to say I hated pregnancy. It was stressful and terrifying and some of it was likely related to my bicornuate uterus, but it was a success. We made it through with a beautiful little baby boy and it was all so very worth it.

The key points if you have a bicornuate uterus pregnancy are to find a doctor and hospital you love and trust. Be aware of the possible complications, be prepared, and be flexible. If you’re concerned, get a fetal doppler. If you’re still concerned, go in and get checked out.

Just because I had bicornuate uterus complications DOES NOT mean you will have them. Every pregnancy is different. Surround yourself with a wonderful support system, don’t stress, and take care of yourself. You’ve got this momma!

Share your bicornuate uterus pregnancy and birth story in the comments below!