Unless you live under a rock you’ve seen the Chevy “Real People” Ads that have been running on TV for months. I hate those commercials. No one is thinking what the “real people” are saying. It doesn’t look like a BMW, it’s not magical, I’m not going to trade in my SUV for it… they’re just ridiculous. It’s just a Chevy. Well, the guys over at Zebra Corner finally said what most of us were thinking in these hilarious parody videos! Check out their series of Chevy “Real People” Parody Commercials. Even if you’re a Chevy lover, you have to admit, Mahk is hilarious. Enjoy! 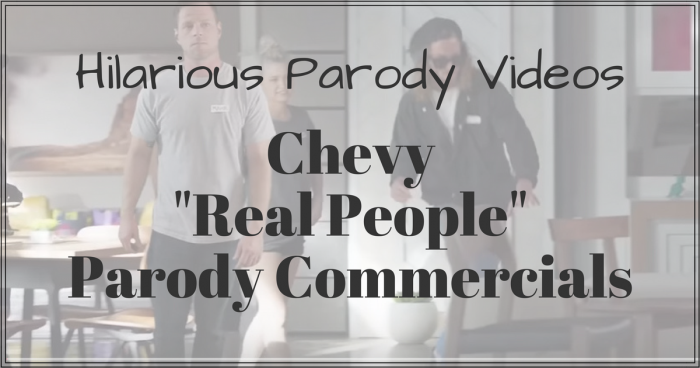 There are SIX hilarious parody videos so don’t miss any!

Maybe it’s the fact that he is 100% accurate, maybe it’s the attitude, maybe it’s the accent, I don’t know but I think these are HILARIOUS parody commercials. I can’t stop laughing when I see them. Perfect when I need a solid pick-me-up!
Which Hilarious Parody Videos: Chevy “Real People” Parody Commercials by Zebra Corner were your favorite?
Let me know in the comments below!
Enjoy!
XO,
Meg